The Amiata is the mountain. That that each of us has probably imagined in own imagination. 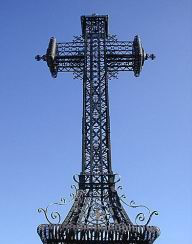 The Amiata is the mountain. That that each of us has probably imagined in own imagination. That that a child can draw on a white sheet: a beautiful triangolone, or perhaps a cone, with the green slopes, more irtes in top and as declining in more and more sweet lawns. With a beautiful radiant sun to the shoulders, the lowland all around, at times with the peak innevata. In effects it is really this way. An ancient volcano that is imposed stately, in his splendid isolation, on the sour landscapes of the Maremma and the sweet hills of the clays senesi. This is what it is seen, from far or with the eyes of the imagination, but the wonder grows when they cross the roads, the countries are visited, it is gone for paths. You express a desire, assemble you on what you would like to meet. The wood of your dreams, probably. A great continuous forest - they are also there the white firs - chestnut trees before and then, to climb, the beech trees. A forest that covers the whole mountain, interrupted only from rivers and streams of crystalline water and from ski footsteps for winters all to ski. You would perhaps like to meet bucks, caprioli and fallow deer, and to observe the wolves without taking some risk. 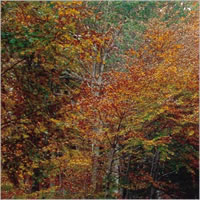 History:
The origin of Amiata is in the pre-historic creation of a volcano which was active for millenniums, before to become the first source of living for the people who inhabited it. Amiata – the name derives from the German “Heimat”, ‘cause the Lombardians, coming to the Mountain, recognized it as their “homeland” – was in fact full of the basic elements for life: water, food, fire and earth. All around the cone, twelve little villages were created during the Middle Age, thanks also the Francigena road, which passed at the slope of the mountain, and the San Salvatore Abbey, which ruled the region of the South Tuscany, as well as part of Lazio and Umbria, before the Lombardians built their fortresses and castles in each borough to control the land.
Century of history went by since then, leaving on Amiata traces of artists and mysticals and philosophers, but the geographic position always gave to this marvellous place the role of – to use the words of the writer Ernesto Balducci, who was born in Santa Fiora – an “island in terra firma”.

Nature:
Very precious animals: harrier eagles, bats, hobbies, sparrow-hawks, lanners, wolves, vultures (the Egyptian Vulture in particular), reptiles, wild mammals and so on. In these last years a project to recover and protect country and domestic animals – not rare until a few years ago, but becoming always less numerous – gave a new life to the Cinta Senese pig (a medieval pig, probably born on Amiata) and the Amiata Donkey, a beautiful and strong “miccio”. The protected areas are cared for by institutions working for the protection of the environment and the scientific research. 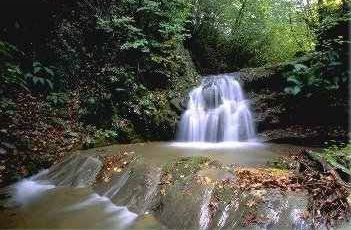 Itineraries in Monte Amiata:
Touristic and naturalistc guides of Amiata propose you to visit woods and forests, to cross the rivers, to enter grottoes and caves, to walk along a territory rich in herbs and animals and finally to examine works of art, traces of a past still present. You will enjoy in discovering the ruins of a Jewish community in Piancastagnaio or the first bread borgo in Italy, Roccalbegna. To walk on Amiata – and visit it without haste, meditating. It’s a real spiritual experience.

Sport and leisure:
SKI
The lovers of ski will find on Amiata 15 climbing facilities, able to transport them from four different points (Prato della Contessa, Prato delle Macinaie, Marsiliana, Rifugio Cantore) to the peak and to attend 25 km of downhill trails and 12 of cross-country trails. Teachers of ski sports and training schools for children and beginners are at disposal on the mountain. After a very good snowing it’s wonderful to walk in the beeches’ woods with cross-country skis or with snowshoes, to contemplate a breathless white landscape.

Walks
The wonderful Amiata woods of beeches, firs and chestnut trees are ideal for lovers of long walks. It’s possible to walk for 28 km all around the mountain (along the so called Ring of the Mountain): the path requires 12 hours of walk and permits to leave the woods and visit the towns: Abbadia San Salvatore, Vivo d’Orcia, Arcidosso, Piancastagnaio, Santa Fiora. Some itineraries join the towns to the reserves of Monte Civitella or Monte Penna, around Castell’Azzara, and Pigelleto, in Piancastagnaio. Finally, the chestnut itineraries (12 paths in the chestnut trees woods) lead the visitor to the heart of the territory, showing him the traditions linked to the chestnut culture, the places where they were picked up, treated, eaten.

Trekking
Some paths join Amiata to Maremma and to wonderful places in the province of Siena. You can walk until Pitigliano, Saturnia, Scansano and the Monte Argentario, around Grosseto; or even towards Montalcino, Montepulciano, Chiusi and Siena. The path Florence – Siena – Rome, opened in 1966, connects the major town in Tuscany with the capital through 25 stops, including the forests of Amiata and the pastures of Monte Labbro. The paths can be covered also by horse, if guided by experts.

Bike
Many of the paths can be run also by mountain-bikers, but it’s better to use a bike all-ground, apt to asphalted roads as well as the country ones. Classic biking, only on asphalted roads, is largely suggested on the paths of Amiata, Maremma and Val d’Orcia. The wonderful Cassia road is the only one crowded by cars, so a good biker prefers to avoid it; the other tracks are on the slope of the mountain: you have to be trained before to undertake them.

Speleology
In the natural reserve of Monte Penna, in the borough of Castell’Azzara, Sassocolato (or Bacheca) grotto is a perfect place for lovers of speleology. The grotto is inhabited by a colony of bats, so it’a good use, in order not to disturb them, to admit a few visitors just in special periods of the year, and always with an expert guide. 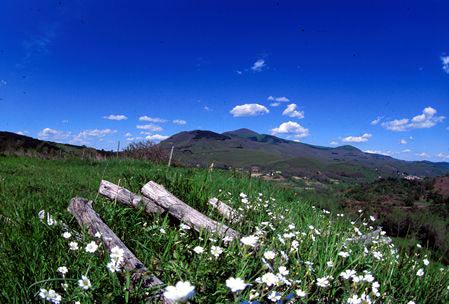