The municipal territory of Castelnuovo Berardenga extends for 177,03 square kilometres between the plain and the hills of the high valley of the river Ombrone. 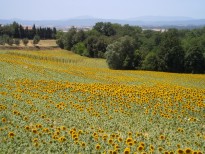 The municipal territory of Castelnuovo Berardenga extends for 177,03 square kilometres between the plain and the hills of the high valley of the river Ombrone. The original nucleus of the community goes back to the XIV century but the definitive aspect was dated from 1777 with the Leopoldina reform.
The district of Berardenga took its name from the Noble Berardo, of Franca stock, who lived in the second half of the X century and was the descendant of a Guinigi who had been Count of Siena.
With the desegregation of the Carolingian order and the consequent loss of Noble title, the family Berardenga managed, between the X century and the beginning of the XIII to impose their Lordship over a vast zone of the eastern district of Siena, denominated for the first time Terra Berardinga in 1050.

But from the middle of the XII century Siena began to exercise an even tighter control on the territory, which already, from the beginning of the 1200s, had been inserted into the administrative committee, becoming then Vicariate Seat in the first years of the 1300s. It was only in 1366 that the Siena government took the decision to construct a new castle in the centre in this important territory: Castelnuovo was thus born, destined to be the capital and economic mainstay of the Berardenga. The fortifications were finished quickly and the castle had just begun to take on its function when it suffered the assault of the Fiorentino army captained by Giovanni Acuto (1382); Other attempts were made by Firenze to remove Castelnuovo from Siena between the end of the 1400s and the beginning of the 1500s, but only in 1554 was this managed with the annexation of all the Siena State to the Mediceo Duchy. Montaperti is in the municipality of Castelnuovo, and was the theatre of the battle of 4 September 1260 which saw the victory of the Siena Ghibellina over the Fiorentini troops and their Guelfi allies. 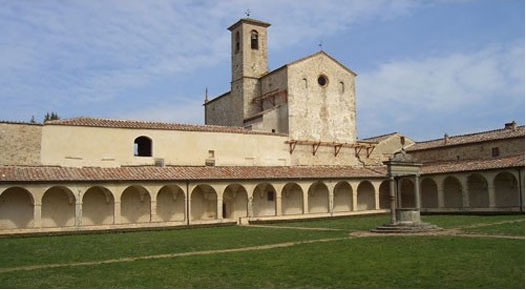