Gorgona it is the smaller island of the Tuscan Archipelago to the west of Leghorn, it has got 300 inhabitants and is little more than 2 squared kms wide, it is mostly occupied by the goal.

Gorgona it is the smaller island of the Tuscan Archipelago to the west of Leghorn, it has got 300 inhabitants ( for the most part convicts) and is little more than 2 squared kms wide, it is mostly occupied by the goal .
It has got a rocky ground, reaches the 225metres of altitude and is covered by the Mediterranean bush. The visit to the island, where the tourist can moor only in case of danger, is allowed each Tuesday of the summer’s months to small groups which are taken by a patrol boat from a ferry on service between Leghorn, Capraia and Elba. The tour is organised by the natural park ‘s cooperative society and includes the most suggestive places of the coasts, among them Cala Scirocco and Cala Martina and the areas covered by the Mediterranean bush which is a shelter for the wild rabbits, gulls, birds of passage and sea swallows.
What catches one’s eye is the vegetation: the about 90% of the island in fact has got a Mediterranean bush which gives hospitality to more than 400 flora species. Also the clearness of the water is outstanding due to the very poor polluted anthropical supply. The sea surrounding the island is forbidden to tourism. This fact has enabled the proliferation of delicate sea species. The Gorgona, the old Urgon was perhaps inhabited by the Etruscans and for sure by the Romans as testified by the ruins of a building in the Piano dei Morti.

During the middle ages Benedettini and Cistercensi monks built monasteries. From this island king Desiderio carried to Brescia the body of St Giulia who was martyrized 3 centuries before in Corsica. In the 1283 the island went under the domain of Pisa which built the old tower and later in 1406 was occupied by the Medicis who built Fortifications. The Certosini kept it until 1777 when the Grand duke Pietro Leopoldo redeemed the island and tried with no success to repopulate it . In 1869 it was finally transformed in an agricultural penal colony. The Gorgona is rich in green and pines which create a marvellous contrast with the blue of the sea. 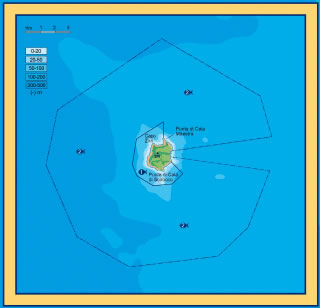 The Cooperative of the natural park “Isola di Gorgona” organises tours on the island and is the only one authorised by the Ministry of Justice. The Lipu follows this cooperative society to organise its own excursions at Gorgona.

At least 15 days before the travel it is necessary to communicate to the direction of the goal the essential data of a document of each visitors.The Lipu makes itself responsible for this formality and requires to the participiants the necessary data which will be transferred to the competent person.

The prison can deny the visit to some people as for example to people with previous conviction or in probation.