The origins of Bolgheri Castle in Bolgheri date back to 1200. Since then, it has been the property of the Counts of Gherardesca family. 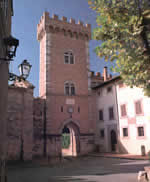 The origins of Bolgheri Castle date back to 1200. Since then, it has been the property of the Counts of Gherardesca family. In the second half of the 1700s, restoration work and improvements were made to the building, and the cellars were built. In 1895, the castle’s facade was modified, with the construction of the tower and merlons as we still see them today.

Bolgheri Castle and its surrounding lands were transferred by hereditary succession from the Countess Alessandra della Gherardesca to her daughter Countess Franca Spalletti Trivelli, who is married to Count Clemente Zileri Dal Verme.

The farm extends around the Castle for an area of 130 hectares, 50 of which are covered by vineyards; the rest is made up of areas cultivated with 6,000 olive plants, sown grounds and woods. Both sides of the farm are adjacent to the famous cypress road extolled in the poetry of Giosuè Carducci. 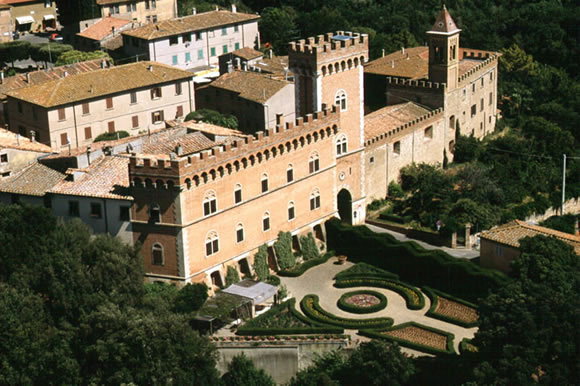