The Road of the genuine olive oil of Pisa hills

The Road of the genuine olive oil of Pisa offer a trail along all the way which we will do the landscape is an alternation of plains, hills and mountainous reliefs. 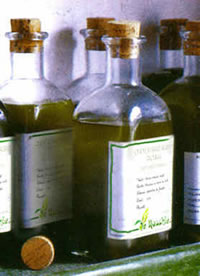 Along all the way which we will do the landscape is an alternation of plains, hills and mountainous reliefs.
All the zone is rich of sources and of cave dug in the limestone. We could find out several archaeological findings which testify Roman and Etruscan settlements not to talk about the medieval origin villages.
Crossing the countries Calci, Capannori, San Giuliano Terme, Vicopisano, Buti, we can meet gentlemanly villas that rich habitants of Pisa and Lucca had built as summer residences, for the villages instead we can be in front of Romanesque parishes and churches.
The crushers or oil mills, ancient or modern what they are, also they characterize the landscape, as also the farm holiday who offer to the tourist big hospitalities. The meek climate and often sunny is perfect for the various kind excursions: walk to horse, to pedal in mountain bike along the cycle tracks or with the run bike climb the slopes, or make a healthy and fabulous trekking way.

The countries, obviously connected by modern roads, are joined among them also by an ancient medieval road net formed by muletracks, cartways and paths that for centuries have allowed of connect all the territory. But we begin the way now leaving exactly from the council of Calci placed in ValGraziosa, this is the name which has taken from 1366 (before was dark valley) when was built the impressive charterhouse. Until the 1970, she had lived from the friars carthusians but it is now seat of the artistic-historian museum and the museum of natural history and territory. 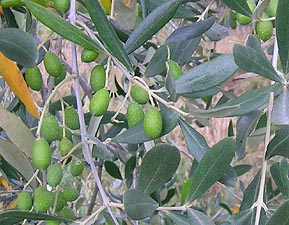 To the center of the country find the parish Romanesque-Pisan, while around about, long the lean there of the mountain, is to follow one another of ancient villas, remains of mills ( by now perfectly intact and visitable, remains an only mill: the Gangalandi), monasteries and churches. We skirts now the Zambra torrent, what us given as far as the mountain Serra along a panoramic street, from here being the mountain highest of the mountainous complex, can admire the sea and in the enjoyable days, the islands of the Tuscan archipelago. Going towards S. Giuliano T. arrive to the Agnano village, where we find one between the most ancient villas of the Tuscan, the villa Medicea than late of Lorenzo the magnificent.

Arrived to Asciano we can see the mediceo aqueduct which covers all the plain, as far as Pisa. So we have arrived to San Giuliano Termal bath that with the Asburgo Lorena, in '700, he knew the maximum brightness, and that however still today he sees the use of his healthy and famous thermal bath on the continuos increase. Then continuing mountainside, after to be passed by Rigoli, Molina of Quosa, and Pugnano, we find to Ripafratta which marks all time the border between the territories of Pisa and Lucca. Really for this purpose late built the fortress, visible above the country, what was working as defensive system to this important point of control of the communication streets. In the closeness also Vecchiano had a certain importance defensive and of garrison, also being it equipped with a castle dominating the country, then become after his destruction a monastery and today church, also this zone of olive grove.
In the mountain stroke between Ripafratta and Agnano we can admire the Romanesque parishes of San Giovanni, Santa Maria To Pugnano and San Marco to Rigoli Besides various villas going back to the XVIII - XIX century. If instead from San Giuliano we take the panoramic road (SS 12) arrive to the gallery that takes us to of lucca territory. The gallery, built in 1927 together to the road, follows the ancient layout what, with the pass of Dante, was the pass lowest in the Pisan mountain. Characterized by wonderful hills which they allow to produce excellent wines and above all oil of olive, Capannori he extends from the Pisan mountains, positioned to South of the council, as far as the plateau of the Pizzorne to North, and it is formed by several villages and highmedieval countries.
Scattered on his territory can find a lot of bell towers and of sighting above all in the part to South, that of Pieve of Compito, Colle of Compito, Castelvecchio of Compito, S. Andrea of Compito, Ruota, S. Ginese, Quamo and Vorno. Instead in the part to North and that of Segromigno in the mountain, S. Gennaro, Gragnano, S. Andrea in Caprile, Petrognano, Matraia, Camigliano and Tofori find several villas monumental. Really to S. Andrea of Compito every year (last three week-ends of March) on develops the famous demonstration in all Italy, "ancient Camelie of the Lucchesia" since here for centuries the camelia really has grown flourishing. In this zone the cultivation of oil and wine is well known already from the XI century, and in '400 these products were famous in all Europe and liked also by Popes and Granduchi. 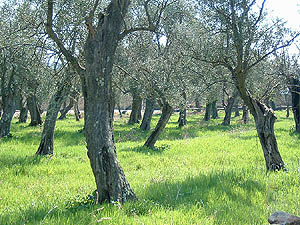 To Guamo can admire the aqueduct of the Nottolini which was taking water to Lucca. From the compitese we take the piedmont road on lean oriental of the mountain and we arrive to Buti that, of very ancient origins, been several times is destroyed and rebuilt. The country is dominated by the Castel Tonini which, together to habitations and palaces of the XVI and XVII century, parishes and churches, keeps the characteristics of the medieval village. Also an excellent olive oil is produced and here the chestnut is worked both as handicrafts (baskets) and as alimentary product. We leave Buti and go on for the street which crosses Castel of Nocco, so we arrive in the Vicopisano council, ancient village still with medieval buildings.

We enter the village from the only remained medieval door, the tower of the four doors; can admire the fortress planned by the Brunelleschi, the pretorio palace, the municipal palace and the medieval towers of the domus then still intact. Out of the walls we find the parish of S.Maria (XII sec) and at some kilometer from the center the parishes of S. Jacopo and of S. Andrea. From Vicopisano, through the woods there it is a road that us given at the fortress of the Verruca, and really along this street we find the ruins of the abbey of S. Michele archangel and the Monastic complex of the hermitage.
The fortress of the Verruca, which dominates as far as the sea the Pisan plain, had a strategic importance and was rebuilt on project of Leonardo da Vinci after the florentine conquest. Various are then the fractions with their characteristics, the oratory of the Castellare of S. Giovanni to the vena, the thermal establishment of Uliveto Terme, the parish of S. Giulia to Caprona. And from Caprona, with his tower, we put in the valley of Crespignano where are placed a few fractions of Calci, as Montemagno, Castel Maggiore and the monastery of Nicosia (XIII sec). What is close to the Verruca cost, constituted by the very hard stone with which have been realized the millstones of all the mills of the zone. 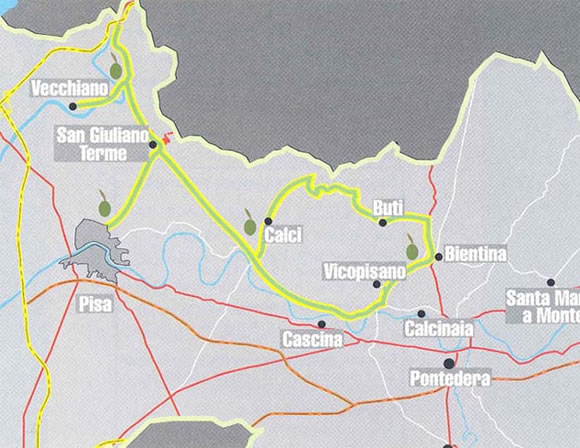