Wine of the Pisa hills

The wine tradition of this area has very ancient roots with the most popular wine variety is the Tuscan Trebbiano. 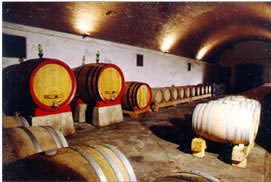 The province of Pisa extends over an area characterized by plains and hills that reach an elevation of 200 metres above sea-level.
The wine tradition of this area has very ancient roots: references to the wines produced in this hills have been found in fifteenth century writings. Here agriculture and wine-growing were encouraged under the Granducato di Toscana (Grand Duchy of Tuscany) and, according to written testimonies, the excellent wines produced reached the markets of Florence where they had a very good reputation. According to the “Annali Camaldolesi” (Annals of Camaldoli) there was a locality, called “Curtis San Tropis”, that in AD 780 was donated to the Abbey of San Gavino and in which a great white wine was produced.
In 1965 the wine producers of Pisa’s hills formed a consortium and decided to follow the ancient tradition choosing to name their wine after the Roman centurion Torpé.

The alluvial soil of the province presents a clayey structure. The most popular wine variety is the Tuscan Trebbiano. Among the DOC wines there is the Montescudaio Rosso, produced in Montescudaio from Sangiovese grapes, Malvasia of Chianti and Vermentino. The Montescudaio Rosso’s alcoholic grade is around 11,5°, its colour is red ruby, and the aroma is intense, fruity, elegant and persistent. The taste is dry, sapid and harmonic and is perfect with rich first courses and with white meat in general. 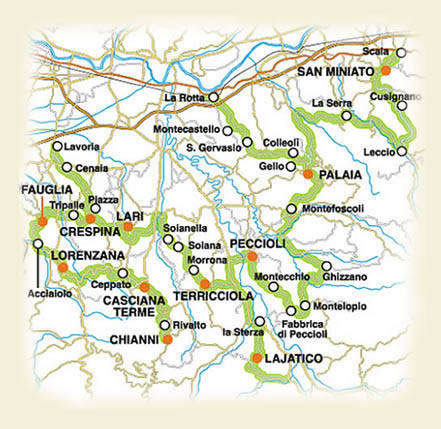